In Praise of the Ordinary | Karl Hurst 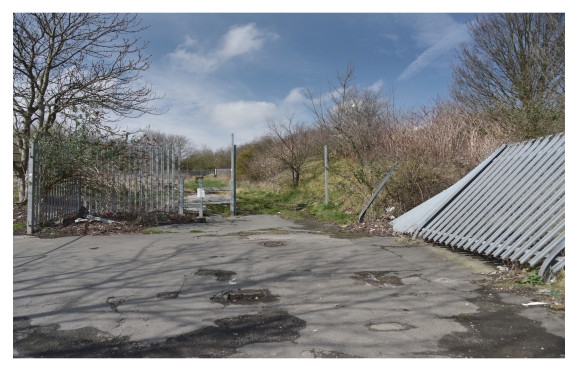 I recently received a rejection slip from a respected publisher that has resonated much more deeply than I had envisaged. The knockback didn’t bother me so much as the reasoning behind it. The body of work was a series of photographs then titled Recovered Landscapes: Reclamation of the South Yorkshire Coalfields. The publishers basically said that there is no or little commercial interest in these landscapes, that they are invalid, obsolete, without a criterion that fits the current publishing climate. Friends suggested that I drop the specific locational moniker and resubmit them as a more generalised way of treating landscape. But to do this would risk losing the essential value of what I was trying to achieve – namely, that something deep within the regional psyche was being lost through the treatment of post-industrial sites and the value system that surrounds them.

Having work rejected because the work isn’t of an industry standard is one thing, but the dissemination of its values through the market is another. Part of the problem is that of exoticism; of displacement chic. If you replace South Yorkshire with the Russian or South American coalfields, interest increases, and value increases. I think of John Clare, who suddenly and irrevocably became absent through his absolute insistence on describing what he knew and his fateful attachment to his own microclimate. I guess, in deep introspection, Clare wanted to preserve what he felt to be already over, though few wanted to hear it as it hardly fitted prevailing sensibilities. However, I think it goes much deeper than this and into our expectations of what cultural values are and what purpose they serve. I will return to this as the essay progresses.

Too often in today’s climate, cultural hegemony is cultivated through a seemingly ad hoc mixture of arts festivals, commercial galleries, managerial processes and academic interventions into spatial politics. What has become harder, and to some extent impossible, is to work outside of these frameworks. A priori positivist assumptions about ‘community’ often head up these processes and their adherents. Empirical knowledge of social or event planning bypasses more deep-seated resentments of and dissatisfaction with cultural ‘re-presentation’. Added to this is an accelerated reliance on digital topographies (through sat-nav, gaming terrains, Google earth, etc). The end effect is often a geopolitical dysmorphia, a fantasy world. The ordinary, caught as it is between the sublime and the banal, is often erased and replaced with heritage green space, business or retail parks, faux-archaeological aesthetics, or is simply fenced off and marked as an absence, reflecting the value of keeping sites empty as fiscal or cultural currencies. Rarely in the former coalfields has land been left to naturalise as a post-industrial site. The management of landscape through extraneous principles is nothing new; however, when photographing the region, my criteria have increasingly been informed by the questions ‘by whom’ and ‘for whom’. Photographing the former site of Denaby Main colliery, and its subsequent use, highlighted the failure of consultancy and multi-agency bodies to understand the deeper needs of the site. The deliberate depoliticisation of the region is also evident in its restructuring. For example, the site of Orgreave coking plant (scene of the worst mass brutality conducted during the bloody 1984-85 miners’ strike) has now been re-named as the softer-sounding and benign ‘Waverley’. To date, no official acknowledgment or representation of the conflict has been made on the site. What seems clear is that the region has a diverse set of meanings and histories and its future value must attempt to try to accommodate this range in a meaningful way. 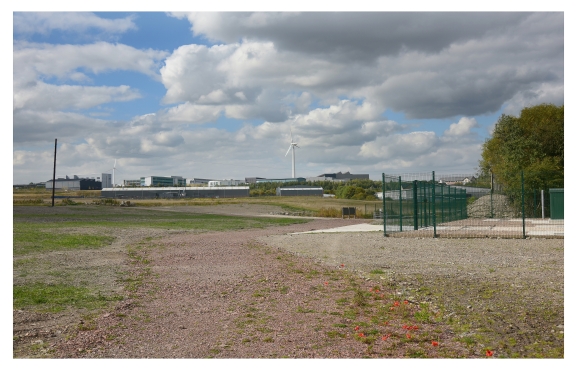 Before continuing with a discussion of the points raised above, I want to describe what I mean by the ordinary. To create work en plein air in a contemporary setting is deeply unfashionable and is often seen as anachronistic. Counter to this are a plethora of site-specific works that seemingly reveal personal and geopolitical histories, or documentary works aiming to capture event-specific ‘decisive moments’. I have used ‘ordinary’ in this context to mean work that neither reveals a particular important event, nor uncovers a familial or archival particularity. Some of these sites might even be described as ‘non-sites’, places where nothing happens very slowly. Absence of meaning and the ordinary seem perfectly syntagmatic of a region that has had its major resources continually disputed and exploited until little remains but traces: scars and residues. It is the condition of these remains at this particular time that interests me. The future and the past are other photographs, other representations; any meaning here should be through what is visible as a surface.

It is important in this context to distinguish between the normal and the ordinary. Normative values have a systematic relationship to the production and dissemination of agreement criteria, of validating work through its ‘usefulness’. On the other hand, ‘ordinary‘, in best usage, might include the disregarding of official (and often arbitrary) boundaries, the use of land as playful, or as an absence of distinctions between urban and rural, ruin and foundation. Here the categorical dichotomy between the sublime and banal also begins to loosen. If sites are only validated through their context (crime scenes, accident sites, historical human activity etc) then the suggestion (and presupposition) is that all other criteria are supplementary. However, the ordinary falls short of these criteria; for example, in plein air photography, conditionality plays a major part in the methodology of production values. The weather or time of day isn’t secondary here, but essential. This ‘it was as it is’ attitude isn’t quite as benign as it first appears, though. I will go on to discuss how I completed the series of photographs, and what such close scrutiny of the value systems and dissemination of landscape might imply within a broader context. 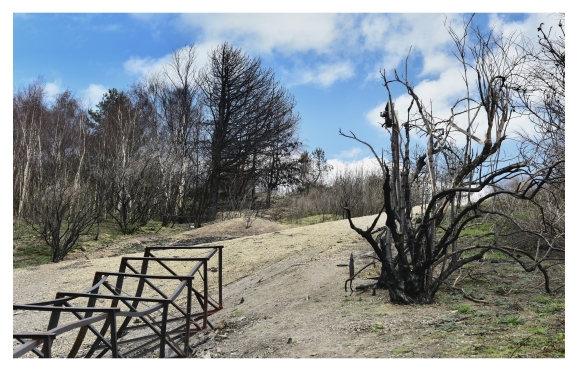 On reflection, I think the series has a couple of things going against it in the prevailing climate. Firstly, as I have suggested, the series is primarily focused on absence. The human element in the photographs is secondary and often invoked as a negative principle. To create work that isn’t human-centric and doesn’t show the species as benevolent or flexible doesn’t fit with utopian or community values. Secondly, the medium itself becomes problematic inasmuch as the series aims to create its meaning, not through the singular ‘important’ definitive image but through a series of non-specific variants. The ordinariness of landscape not being shot at its most beautiful angle or at the poles of dawn or dusk aims to suggest a non-partitioned, plain version of the world and not a locus we head toward as a point of interest. When I discussed this series at a gallery opening, someone suggested to me that the reason that many of these sites are screened from the casual passer-by is because people don’t want to see them. This seems reason enough to show them.

As the series developed and extended, I began to focus less on the coalfield sites themselves and more on their peripheries. The idea of momentarily catching a landscape without any presupposition began to appeal to me deeply. As the focus shifted from the specific to the commonality of waste ground or scrub, I realised that although all landscape isn’t treated equally that doesn’t mean all landscape isn’t equal in and of itself. So eventually I dropped the original title and began to divest the images of any bias of particularity I could. By refusing meaning, landscape itself can be disruptive. Photography as a lacuna is doubly bound to re-present the point of interest as facile, as of no great significance: whether you choose to look or not, it’s there. The series attempts to put a strain on our presence as passive viewers of landscape by pushing its absence onto our own, refusing along the way such overworked terms as ‘banal’ or ‘sublime’. The non-identification with landscape as picturesque or sublime searches for its imagined communities elsewhere. The process of being in the landscape itself finds its exegesis in the limits of identification and not in co-opting its value as a regulatory system of materialism. It is this ‘tramping’, wandering quality that the series aims to acknowledge. How much ‘use’ this quality can be put to remains to be seen.

Karl Hurst’s photographs of the South Yorkshire coalfields will be exhibited as part of The Ted Hughes Poetry Festival 2016 (Mexborough, 24-26 June); click here for further details. Further images in this series can be viewed as part of Hurst’s Flickr photoset.

Three essays on photography (under the series title ‘On Liminal Spaces’) appeared on the Longbarrow Blog in 2015; the first essay (‘Reflections on Impracticality’) appears here, the second essay (‘Meditation on Carl Wark’) appears here, and the third essay (‘Winter Hare at Alport: A Theory of Disappearance’) appears here. Karl Hurst’s Flickr photosets can be viewed here. Boxed editions of prints are available from his Etsy site. Details of his publications with Longbarrow Press (writing as Andrew Hirst) are available here. His sequence ‘Three Night Walks’ appears in the walking-themed poetry anthology The Footing (Longbarrow Press).